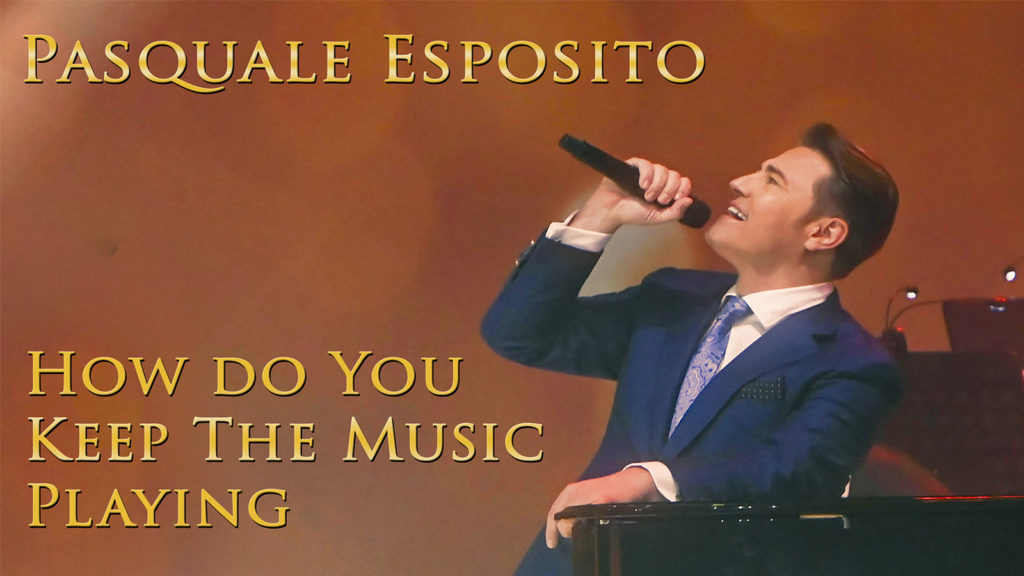 Featured in the 10th Anniversary Edition of the double CD IL Tempo, Pasquale Esposito releases his new single “How Do You Keep The Music Playing.”  The 1982 song was originally featured in the film “Best Friends”.  The new single release will be available on all digital platforms on November 10, 2020.

Internationally celebrated Neapolitan-American tenor Pasquale Esposito introduces the awaited 3rd PBS TV Special, entitled “IL TEMPO,” salutingthe coming 10th Anniversary of his cherished IL TEMPO album.  Brought to us from Naples, Italy, on the stage of the historic Teatro Politeama, (recorded in January 2020)—he brings this stunning spectacle to our home screens!  This event, with the Orchestra Talenti Napoletani, conducted by Maestro Ettore Gatta, a longtime collaborator, elevates timeless, memorable selections to newly inspired heights in vivid, colorful splendor! Capturing our hearts, Pasquale serenades and enchants us as he marks the passage of TIME, wondrously strolling through almost a century and a half of the treasured music that most influenced his career and life.  Pasquale reaches back to his roots, over TIME, from his dearly beloved hometown, growing up in the footsteps of Enrico Caruso, the mentor he never met.  He casts his spell over us with favorites like “O Sole Mio,” “Mamma,” “Luna Rosa,” “Volare” and more.  IL TEMPO’s musical journey continues, by crossing the Atlantic, from the Bay of Naples to the San Francisco Bay, with Broadway along the way. Throughout his melodious sojourn, Pasquale’s charismatic charm and bewitching vocals bring joy to all he touches—moving audiences to their feet! He embraces awaiting fans with Latin rhythms and American favorites: “Banane e Lampone,” “That’s Amore,” “Hallelujah,” and his poetically–inspired original piece: “Aria e Cielo.”  Further, he takes TIME to pay special tribute to world–renowned American tenor and film star Mario Lanza (1921-1959), born in the year Caruso died.Pasquale lends his expert vocals, to perform Lanza’s 1st million–selling hit: “Be My Love.”   At this TIME in our history, so full of darkness and isolation, with challengesto health/climate/ society dilemmas taking center stage, Pasquale gifts us with his dulcet, golden-voiced IL TEMPO, finding the perfect way to make us feel so good about TIME! Full of such tender, spirited and passionate cantos, his Neapolitan magic quickly transports us from today’s troubled world to that sweet heavenly zone among the stars—a place to which only Pasquale can take us! 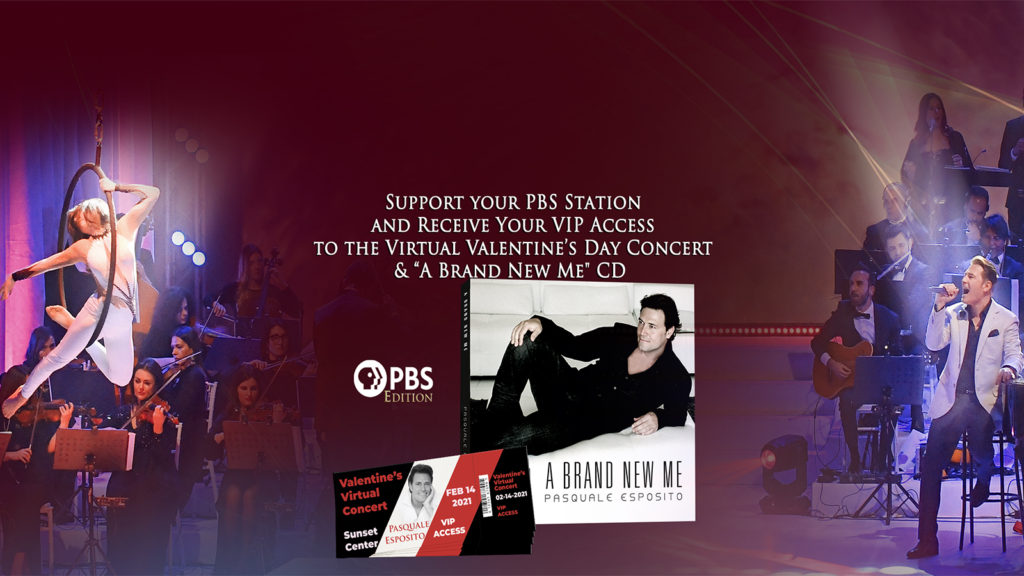 On February 14, 2021, Pasquale Esposito and his band will perform Valentine’s Concert from the historic Sunset Center nestled in the charming City of Carmel in California. Pasquale will perform romantic songs and share stories from the past and present.  The evening’s performance will include special guests and include an original composition “Vale” a song written for Pasquale’s daughter Valentina born on the 6th of February.  Don’t miss this opportunity to experience Pasquale up close and personal.  VIP Access to this program is currently only available for PBS Members that support their local station offer this Thank You Gift.