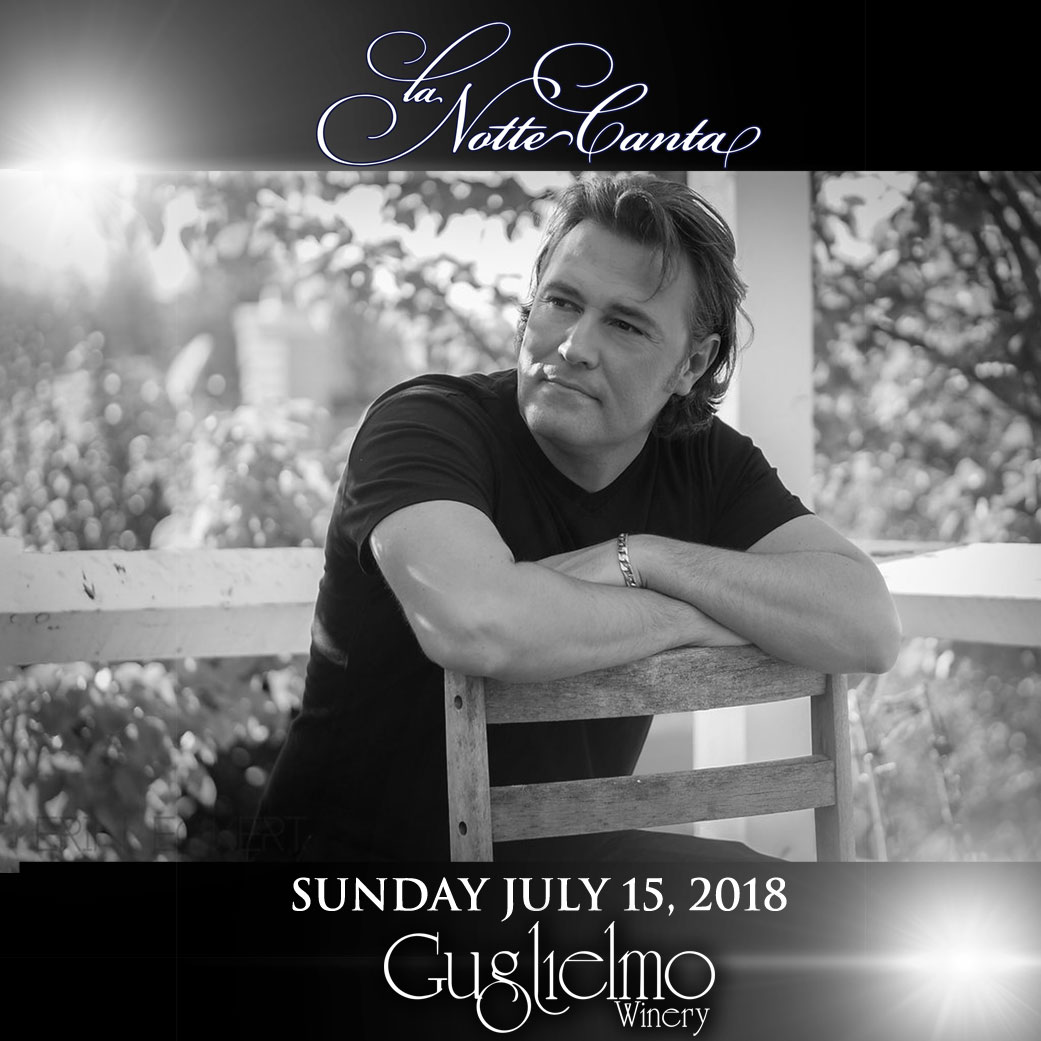 Enjoy an evening under the stars as Italian Tenor, Pasquale Esposito and his stellar band present “LA NOTTE CANTA”, (The Night Sings).  Experience the majestic Guglielmo Winery by wine tasting in the serene setting coupled by a show stopping performance by Pasquale. The concert’s repertoire will include popular Italian and American standards, a taste of Opera and Broadway and Pasquale’s original compositions.

Esposito, originally from Naples, Italy, completed his studies at San Jose State University’s School of Music in 2009. He is an international touring and recording artist that has released 7 full length records and is set to release his 2nd TV Special “Celebrating Italian Piazzas” on PBS stations nationally in March 2018.  A companion CD and DVD will be released with TV Special. The new special will take audiences on a musical journey highlighting the most historic and beautiful piazzas in Italy complemented by Italian, Spanish and English contemporary songs arranged in Pasquale’s pop-opera style.

In June 2015, Pasquale made his debut at San Francisco Opera’s world premiere of Marco Tutino’s “Two Women.”  He received rave reviews of his portrayal of Ragazzo del Popolo.  The New York Times stated that he sang with “airy charm” and The San Francisco Chronicle described Esposito a “charismatic and dulcet-toned” singer that delivered a “splendid account.”

Aside from performing, Pasquale is very passionate about teaching and established Notable Music Academy in 2011 where he provides voice and music education.  This passion carried on to establishing the non-profit: Notable Music and Arts Organization (NMAO), in the spring of 2012, which promotes music education locally and globally through various enrichment programs and projects. A portion of the ticket sales from the evening’s concert will benefit NMAO. For more information about NMAO, visit www.notable-music.org.