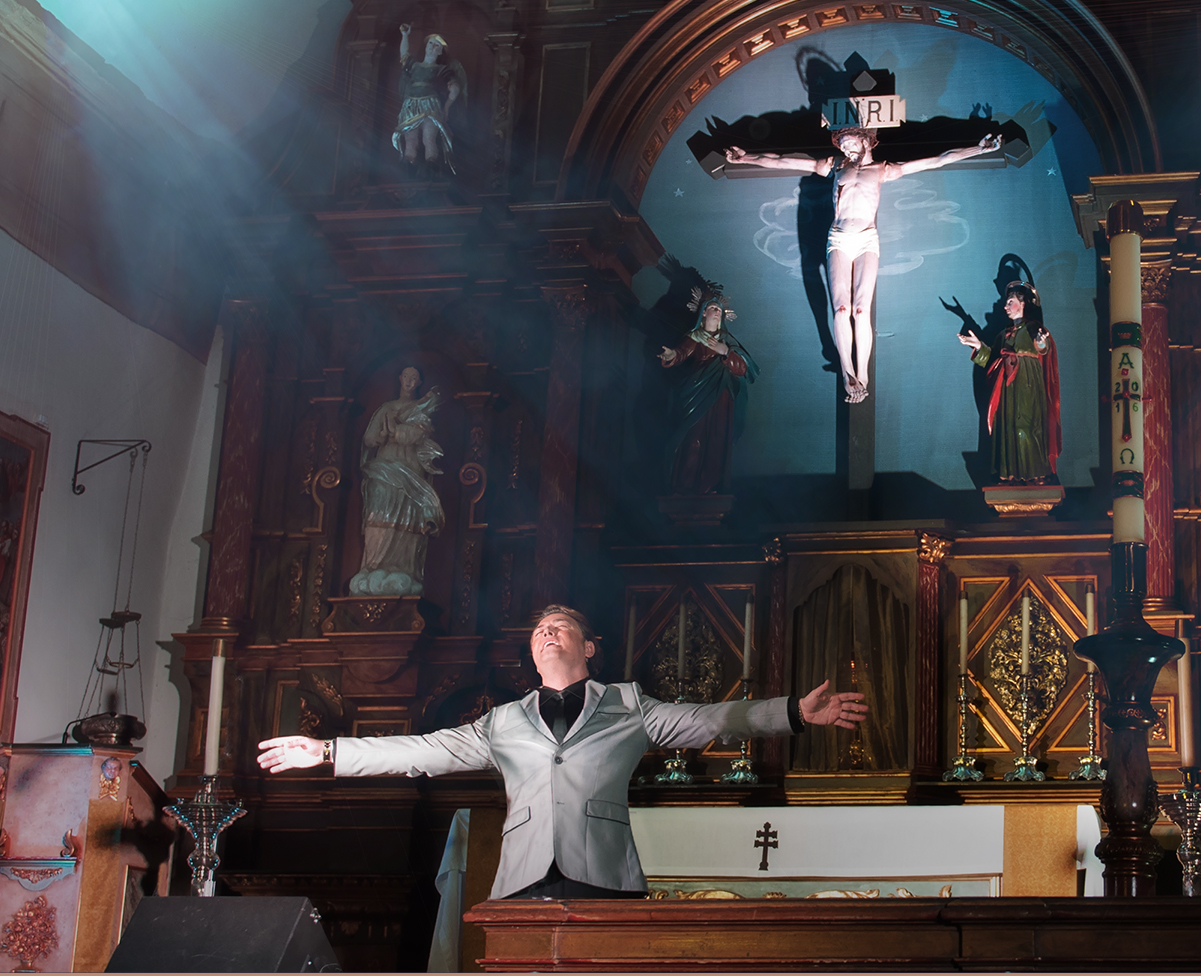 Italian tenor, Pasquale Esposito, returns to the historic Carmel Mission Basilica for his 9th concert on Saturday, April 4, 2020 at 8:30PM. Pasquale will present an intimate, acoustic performance accompanied by acclaimed concert pianist, Natalya Lundtvedt. Natalya Lundtvedt is a native of Minsk, Belarus. She began her piano studies at age 6. In Minsk she studied at Glinka State High School for gifted children and Belarus State Academy of Music, graduating with honors. In 2001, she was awarded a full scholarship at the San Francisco Conservatory of Music where she studied under Professor Mack McCray and earned a Master in Musical Arts degree in 2003. She earned her Doctor of Musical Arts degree from the University of California, Los Angeles in 2009 while she studied under Professor Vitaly Margulis.The evening’s program will include Opera Arias, Neapolitan Songs, Standards and Original Compositions. Pasquale will share the stage with other guest artists.
Pasquale Esposito, born and raised in Naples, Italy immigrated to the United States to pursue his passion for music in 1998.  He graduated from San Jose State University’s School of Music in 2009 and has released 7 full length CDs.  He is an international touring and recording artist and has most recently been seen across the United States with his two PBS Specials: “Celebrating Enrico Caruso” (2015) and “Celebrating Italian Piazzas” (2018).  He made his successful opera debut with San Francisco Opera in 2015 in the world premiere of “Two Women.” He is presently in the production phase of his next TV Special and album titled “ Celebrating the Spirit of Christmas” (2020).
Enjoy a special pre-concert dinner option VIP ticket by dining at Chef Pepe’s Vesuvio Restaurant in Carmel by the Sea at 5:30 pm.  As part of the VIP ticket, you will have priority seating at the Carmel Mission Basilica.  Enjoy an incredible Italian culinary dinner with a glass of red or white wine.   Regular non-dinner general admission tickets are available.* A portion of the profits from the concert will be donated to the Carmel Mission Basilica’s 2020 Campaign.