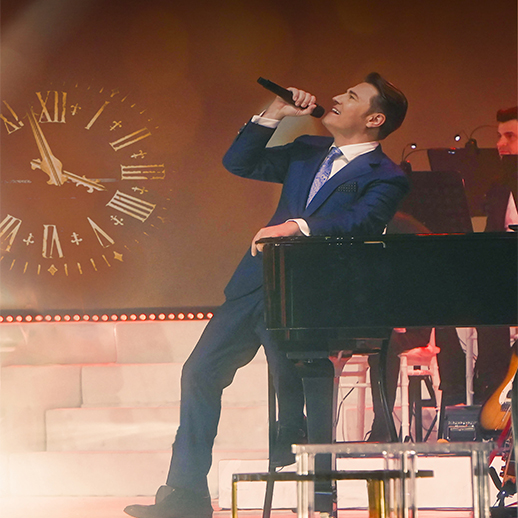 An Evening With Pasquale

Tickets Call (408)528-6308
Italian tenor, Pasquale Esposito, returns to Sacramento with his debut at The Sofia. Pasquale and his international band of musicians will present a multi-media production highlighting Pasquale’s incredible songbook The evening’s program will include Opera Arias, Neapolitan Songs, American, Italian and Spanish Standards and his Original Compositions. Pasquale will share the stage with other guest artists. Pasquale Esposito, born and raised in Naples, Italy immigrated to the United States to pursue his passion for music in 1998. He graduated from San Jose State University’s School of Music in 2009 and has released 11 full length albums. He is an international touring and recording artist and has most recently been seen across the United States with his two PBS Specials: “Celebrating Enrico Caruso” (2015) , “Celebrating Italian Piazzas” (2018), “Il Tempo” (2020) and “In the Spirit of Christmas” (Fall 2021). He made his successful opera debut with San Francisco Opera in 2015 in the world premiere of “Two Women”. For more information about Pasquale Esposito, visit www.pasqualeesposito.com.
Back
{{list.tracks[currentTrack].track_title}}
{{list.tracks[currentTrack].album_title}}
{{classes.skipBackward}}
{{classes.skipForward}}
{{this.mediaPlayer.getPlaybackRate()}}X
{{ currentTime }}
{{ totalTime }}