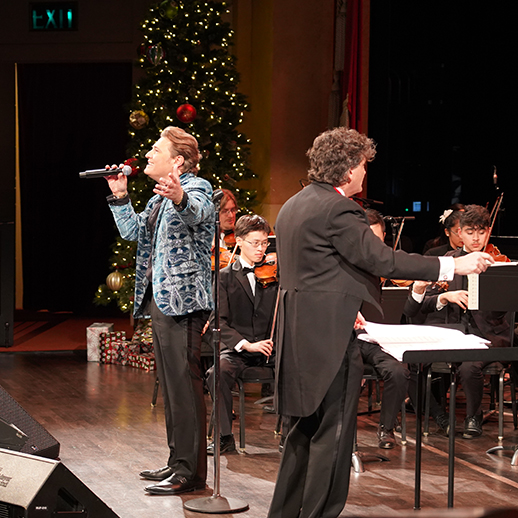 Celebrating the Spirit of Christmas

Pasquale Esposito, an international crossover and recording artist, acclaimed for his pop-opera delivery of songs will entertain guests with a colorful repertoire of songs spanning from 1880 to present.  From Classical Opera to Broadway and Italian/Neapolitan, American and Spanish Standards, Esposito will dazzle the audience with his vocal prowess.  Esposito has released 10 albums and began touring internationally with his first musical revue: Naples … That’s Amore in 2005. Thereafter, he has toured internationally with 4 PBS Specials over the past 6 years. In January 2020, Esposito filmed two new TV Specials in Naples, Italy at the historic Teatro Politeama. The first is a Christmas Special: In the Spirit of Christmas (August 2021 release on PBS stations) conducted by Maestro Adriano Peninno and the second is a Special titled: Il Tempo (Released December 2020 on PBS Stations) conducted by Maestro Ettore Gatta.  Esposito will perform highlights from all 4 PBS Specials (Caruso, Piazzas, Il Tempo and In the Spirit of Christmas) on December 5 with his talented band and special guest Angela Theis.